What Are The Side Effects of Vetoryl for Dogs With Cushings Disease? 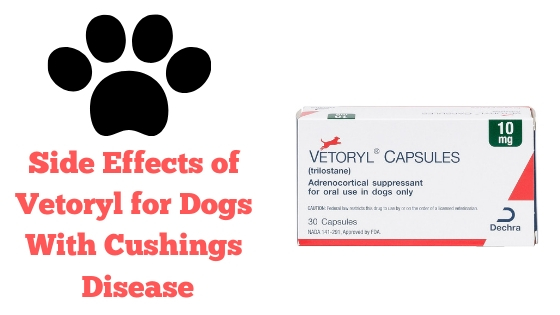 The Side Effects of Vetoryl for Dogs With Cushing’s Disease?

One of the common medications that veterinarians prescribe for dogs with Cushing’s disease is called Vetoryl. Its main active ingredient is trilostane, which is a steroidogenesis inhibitor. Sometimes, the medication is sold under other names though. So it is important to ask the pharmacist who fills the prescription about it to be able to know for sure if this is indeed what the veterinarian is trying to get you to give your dog. The main reason for the caution is that while many veterinarians rave about the positive impact that Vetoryl has on lowering cortisol levels in the body, this supposed efficacy comes at a serious price to a dog’s health. That is why it is crucial that all pet owners understand the potential side effects that the drug can have and why treating Cushing’s disease with natural remedies is a much better option.

What Side Effects Does Vetoryl Cause?

The side effects of Vetoryl for dogs with Cushings disease are often dependent on the dosage and the size of the dog. The usual beginning dose is about 1 milligram a day. But this may be increased to 3 milligrams a day for larger breeds of dogs. This is problematic because if a small dog, such as a chihuahua, receives 1 milligram of Vetoryl, it will have a stronger impact on them than it would if they were as big as a labrador. 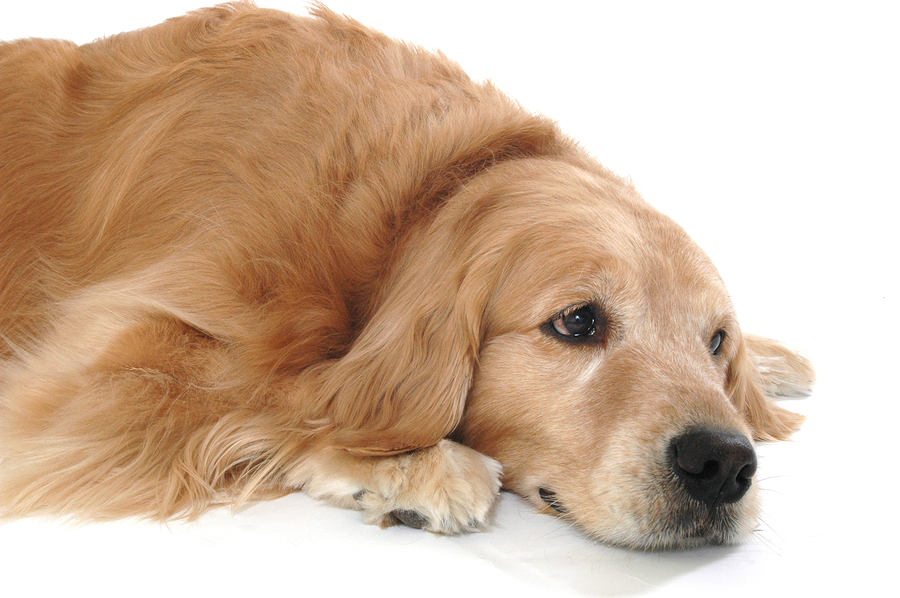 Until 1994, trilostan was used to treat Cushing’s disease in humans. But it was banned for this purpose because it was no longer considered safe. Unfortunately, many pet owners are unaware of this information when they begin giving it to their dog though, so they are often shocked when their beloved pet gets sicker instead of feeling better like the veterinarian promised they would.

Not long after taking Vetoryl, a dog will lose their appetite. And, if they do eat, they will experience vomiting and diarrhea, which can lead to them losing weight very rapidly. Next, they will become lethargic and depressed. Some dogs experience tremors and seizures too. But the worst side effect of all is death. This most often occurs because Vetoryl causes adrenal necrosis, and it happens very suddenly. In fact, there have been some cases of dogs dying from it just one week after beginning Vetoryl.

Why is Treating Cushing’s Disease With Natural Remedies Better?

Treating Cushing’s disease in dogs isn’t cheap. The average price of Vetoryl is about 50 dollars. There are also fees for the veterinarian appointments and cortisol tests. So many pet owners prefer to try to reduce their total costs by trying a Vetoryl alternative for dogs instead. But a Vetoryl alternative for dogs is also important because it is much safer since it won’t cause all the serious side effects of Vetoryl for dogs with Cushings disease.

What Are Some of the Best Natural Remedies for Dogs With Cushing’s Disease?

There are many different natural remedies that work effectively for treating Cushing’s disease in dogs. Each of them has their own important attributes for controlling the different symptoms that the condition causes though. For example, ashwagandha and ginseng are both adaptogens. So they help control the amount of cortisol that is released by helping a dog’s body to be able to handle stress better. Dandelion lowers cortisol too, and it cleanses and detoxifies the body very well when it is used along with burdock root and cleavers. And horsetail is useful because it is high in the mineral silica, which is essential to improving the hair loss and brittle bones that the disease causes.

Learn About the Cushings Killer Combo